Design a site like this with WordPress.com
Get started
Skip to content
Kayleigh Louise Book Chat May 13, 2019 4 Minutes

Anxiety: A feeling of worry, nervousness or unease about something with an uncertain outcome.

Today in keeping with the theme of my blog, i am talking about a book i read recently called Anxiety Girl by Lacey London.  This is book one in a series of three that follows the journey of Sadie Valentine from her discovery and diagnosis of anxiety and how she deals with that diagnosis. Those of you that know me will know that i have anxiety. Although i have never been formally diagnosed with anxiety, i have been medicated previously, i have always known that ive had it. So what is anxiety? Well there are varying degrees and different types of anxiety.

What are the five major types of anxiety disorders?

The five major types of anxiety disorders are:

I  would say that my anxiety is mild and a mixture of GAD, OCD and Social anxiety. Triggers can include and aren’t limited to, meeting new people, my appearance, how people see me, public transport, saying or doing the wrong thing and everyday life can all cause me anxiety. I am not ashamed of my anxiety, it isn’t me it is a part of me and i have had to learn to embrace it. I wear it like a badge of honor. It makes me me.

This book gives a real insight to anxiety, how quickly it can come about and the overwhelming rawness of anxiety. It is also a story of hope and adversity.

Blurb; Once a normal-ish woman, her mental health wasn’t something that Sadie Valentine ever thought about, but when the three evils, anxiety, panic and depression creep into her life, Sadie wonders if she will ever see the light again…

Loving life in the glitzy village of Alderley Edge, Sadie Valentine thought she had it all.

With her best friend, Aldo, for company, Sadie spends her time sipping bubbles amongst the glitterati in her many local bars and restaurants. However, unbeknown to the outside world, she is slowly falling into a hole.

Keeping her mask in place on a daily basis proves harder than Sadie anticipates and when she is dealt more blows, her positive exterior starts to crumble.

Sadie soon realises that sometimes, it’s not quite as simple as picking yourself up and carrying on.

With Aldo by her side, can Sadie crawl out of the impossibly dark hole and take back control of her life?

Once you have hit rock bottom, there’s only one way to go… 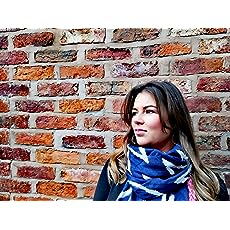 Lacey London is the bestselling author of the CLARA ANDREWS series, the ANXIETY GIRL series, and the MOLLIE MCQUEEN series.

THE LATEST BOOK IN THE CLARA SERIES, CLARA’S GREEK ADVENTURE, IS OUT NOW.

Lacey’s latest novel, MOLLIE MCQUEEN IS NOT HAVING A BABY, is available to order NOW from Amazon Worldwide.

Lacey London lives in Cheshire, England with her husband and their Yorkshire Terrier. When she is not writing, she can usually be found enjoying the countryside or with her nose in a book. Failing that, she is probably sleeping. Lacey loves fairy-tales and hates numbers, except the ones in her bank account.

Lacey can be found on Twitter @thelaceylondon and at http://www.laceylondon.co.uk

I am a mum of two, anxiety riddled who loves to read. I love to support authors on their journey. View all posts by Kayleigh Louise